What does evidence-based mean and why does it matter?

As a beverage, Kanguru has been created based upon several founding pillars, one of which utilises an evidence-based approach.

What does Evidence-Based actually mean?

Strictly speaking, it is defined as:

“…denoting an approach to medicine, education, and other disciplines that emphasises the practical application of the findings of the best available current research.”

Kanguru is part of a category of drinks called “functional beverages”, which are marketed to deliver claimed health benefits.

It’s very easy to add ingredients to functional drinks which have no substantive supporting evidence, and/or in token amounts to be able to claim these benefits, many of them around things like energy and alertness.

Many drinks in the energy drink space will add token amounts of certain ingredients other than sugar and caffeine to say that they are more than just sugar and caffeine. Ultimately, however, even these effects are short-lived, followed by a crash.

How Kanguru takes an evidence-based approach

Kanguru’s evidence-based approach takes into account the best available research to indicate what are the best ingredients, with the best evidence, and in what optimal amounts of each, to deliver true benefits in areas such as energy, focus, and support for other aspects such as recovery and immunity. Not only this, it tells us the things NOT to put into the drink.

The botanicals used in Kanguru, such as Green Tea, Ginseng (and then Korean Red Ginseng, as not all ginsengs are created equal), Ashwagandha, and Kakadu Plum, have been around for thousands of years, and have been widely researched to understand their contribution to health and wellbeing. Peer-reviewed research about these, and the benefits of things like B-Vitamins are what goes into our evidence-based “backed by nature” approach.

Photo by Hans Reniers on Unsplash 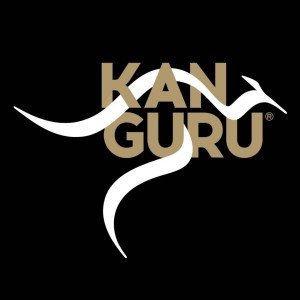 Kanguru creates and curates content with some of the best creators around to deliver you practical wellbeing advice. Any advice is general in nature and you should consult with your GP or other medical professional before making changes to your situation.
More Posts

Kanguru contains a unique blends of core botanicals, balanced B Vitamins and minerals, natural caffeine, and no sugar.

All designed to support your body’s natural immunity, recovery and energy.

Kanguru’s evidence-based formula is designed for best effect with consumption of two cans per day. It has an enjoyable, refreshing taste and is suitable for vegetarians and vegans.

x
We save your email and cart so we can send you reminders - don't email me.
X Close