B Vitamins: What are they and why are they so important?

B vitamins have a wide variety of roles in the body. Here we explore why they are important and which foods you need to eat to meet your daily needs.

There are eight B vitamins known collectively as B-complex vitamins. All are water-soluble meaning they’re not stored in the body and must be consumed daily. Below we provide an overview of the eight B vitamins and reveal the foods you need to include to help you meet your daily nutrient needs.

Vitamin B1, or thiamine as it’s also known, plays a key role in supplying energy to the body, and is therefore vital for growth, development and the function of cells. It also contributes to a healthy nervous system. Inadequate thiamine intake leads to confusion, irritability, lethargy, fatigue and muscle weakness. You will find thiamine in wholegrains, nuts and seeds, legumes, wheat germ, yeast and pork. In Australia, flour used in bread is fortified with thiamine too.

Vitamin B2, also known as riboflavin, is involved in energy production in the body and is also important for skin health and vision. Riboflavin deficiency is extremely rare. People with this deficiency usually have deficiencies of other nutrients. People most at risk are those who consume large amount of alcohol and those who avoid milk or milk products. Food sources of riboflavin include milk, yoghurt, cottage cheese, beef, pork, wholegrains and eggs.

Vitamin B3, also known as niacin, is involved in converting food into energy by aiding enzymes. Niacin plays a role in cell signalling, as well as makes and repairs DNA. It also acts as an antioxidant. Inadequate intake of niacin results in fatigue, depression, mental confusion and skin problems. You will find niacin in meats, fish, poultry, milk, eggs, nuts, yeast spreads like Vegemite and wholegrains.

Also called pantothenic acid, Vitamin B5 is involved in making red blood cells and is vital for fat metabolism. It is also needed to maintain healthy mental function, maintain energy levels, process vitamin D and help produce some neurotransmitters. Vitamin B5 is widely distributed in foods so deficiency is rare. Food sources of pantothenic acid include chicken, beef, wholegrains, salmon, milk and avocado.

Also known as Pyridoxine, Vitamin B6 plays a role in over 100 enzyme reactions. In particular, it helps the body metabolism protein, fats and carbohydrates for energy. This B vitamin also plays a role in keeping the immune system healthy, brain development during pregnancy and infancy, creating neurotransmitters like serotonin and in the formation of haemoglobin, which carries oxygen in the blood. Vitamin B6 deficiency is rare, but if they do occur they are usually associated with low levels of other B vitamins such as folate and vitamin B12. Vitamin B6 can be found in chicken, pork, bananas, potatoes and oats.

More commonly known as biotin, vitamin B7 plays a vital role in assisting enzymes to breakdown fats, carbohydrates and proteins in food. Food sources include eggs, salmon, avocados, pork, sweet potato, nuts and seeds. Biotin deficiency is rare, but if present can lead to thinning hair, scaly rashes around eyes, nose and mouth, and brittle nails.

Also known as folic acid, folate is essential for normal growth and development, especially for women of childbearing years. Folate helps with nervous system development in unborn babies, and deficiency in the mother increases the chance of the neural tube not closing properly and can result in neural tube defects like spina bifida. You will find folate in green leafy vegetables, oranges, bananas, strawberries, lentils and legumes. Folate, in the form of folic acid, is also added to some breakfast cereal and all wheat flour used for bread making in Australia.

Vitamin B12 (cobalamin) plays a vital role in our nervous system, red cell production, digestion and brain function. Deficiency of vitamin B12 is relatively common, particularly among older people and vegans, as vitamin B12 is predominantly found in animal-based products like milk, cheese, eggs, meat, chicken and liver. New research however has found button, cup and flat mushrooms also contain vitamin B12 making them the only non-animal fresh food source2. For vegans,  plant-based foods fortified with vitamin B12 can help reduce the risk of deficiency. Inadequate vitamin B12 may lead to numbness or tingling in the limbs, difficulty walking, anaemia, weakness, fatigue and difficulty thinking.

Photo by FOODISM360 on Unsplash 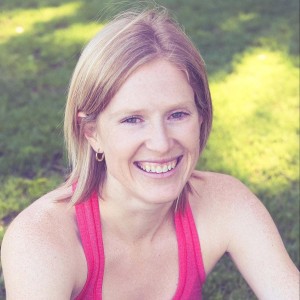 Caitlin Reid is an Accredited Sports Dietitian, Yoga Sports CoachTM and Accredited Exercise Physiologist who works with elite athletes to improve their performance through optimal nutrition, yoga principles and mental discipline. She currently works with the Wests Tigers and Canterbury-Bankstown Bulldogs, and has previously worked with the South Sydney Rabbitohs, Penrith Panthers, Queensland Maroons and NSW Swifts. Caitlin is passionate about all things health and wellness, and uses her expertise when consulting to fitness, lifestyle and food companies.
More Posts

Kanguru contains a unique blends of core botanicals, balanced B Vitamins and minerals, natural caffeine, and no sugar.

All designed to support your body’s natural immunity, recovery and energy.

JOIN THE KANGURU NEWSLETTER TODAY AND SAVE 10% OFF YOUR NEXT PURCHASE!

Earn points on every shop with Kanguru Rewards, and redeem your points for a free case.

Kanguru® is a member of the Australian Beverages Council. Kanguru’s evidence-based formula is designed for best effect with consumption of two cans per day. It has an enjoyable, refreshing taste and is suitable for vegetarians and vegans.

x
We save your email and cart so we can send you reminders - don't email me.
X Close